When the Swami was young his parents died and gurus looked after him taking him on many journeys around the Himalayas. Yoga master Bengali Baba took him traveling from temple to temple where they studied various spiritual practices. It is said that he studied in the yoga tradition in Himalayan caves with his guru for many years.


Swami Rama wrote many books describing the path he took to becoming a yogi and lays out the benefits behind practices such as meditation.
At the Feet of a Himalayan Master: Remembering Swami Rama Living with the Himalayan Masters: The late Sri Swami Rama recalls his own spiritual journey in this memoir.
Swami Rama's memoir on the Himalayan sages might prove to be hard to believe but the description on the miracles of these masters are quite "common" among yogis and saints of the past and the present. In another book, the "Autobiography of a Yogi" by Paramahansa Yogananda, the descriptions of the miracles performed by saints is similar to those mentioned in this book. There were many allegations of misconduct about Swami Rama by a number of women. Like many gurus of the time the temptation of being around so much of the opposite sex was very distracting for them. Although the Yoga Sutras instruct practitioners to remove themselves from the attachments of nature to achieve a state of liberation, so many of the gurus, although drawing upon these text regularly in talks, do not achieve this. Unfortunately because of a slight lack of control his name was slightly tarnished. 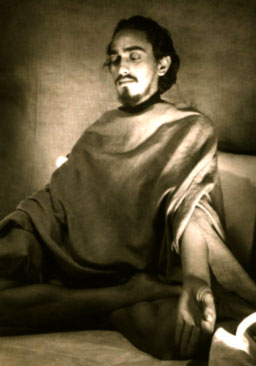