Where Is The Sternocleidomastoid?

The sternocleidomastoid muscle divides the neck a triangle along with  the anterior margin of the trapezius. 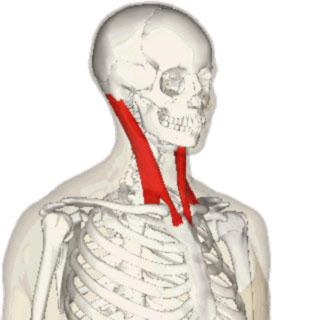 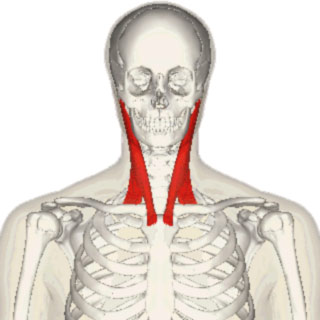 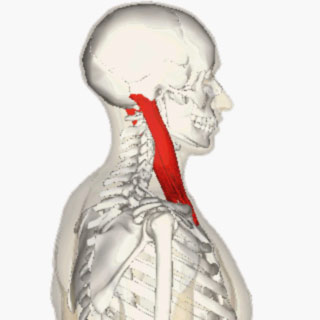 Sternocleidomastoid Problems from tightness and imbalance

Poor neck posture has always been a common cause of musculoskeletal dysfunction. Among the effects of using a computer on the musculoskeletal system, keeping a posture of staring at a monitor, located below the height of eyesight, for a long time makes the head move forward, which causes exaggerated anterior curve in the lower cervical vertebrae and exaggerated posterior curve in the upper thoracic vertebrae to maintain balance; this is known as the forward head posture (turtle neck posture).6-9 This turtle neck posture are becoming increasingly commonly, as it is becoming more common place to use VDTs in the leaning forward posture, particularly with the popularization of Smart phones.

What is The Function of the Sternocleidomastoid

Rotates the head.
It also flexes the neck when both engaged.

Where is the Origin and Insertion of the Sternocleidomastoid?

Insertion:
Lateral aspect of mastoid process and anterior half of superior nuchal line