With increasing competition Los Angeles yoga studios are closing at an alarming rate.

One of the most noticeable closures in Hollywood was Golden Bridge Yoga in 2014. Even the yoga studios with the deepest most well established  roots could no longer survive. 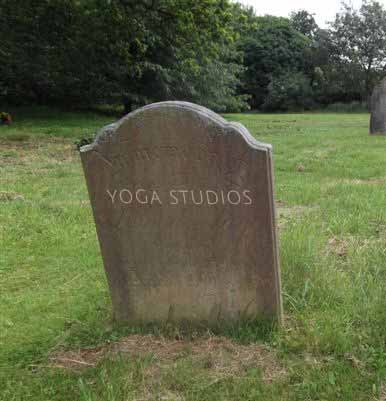 Golden Bridge owners Gurmukh and Gurushabd , who opened the studio in 1999, closed the studio in September of 2014 after expenses outweighed the cost leading to huge losses.

“It’s too big for the number of people coming through who are interested in Kundalini yoga, and there is a lot more yoga in Hollywood than there used to be,” Gurushabd told The Hollywood Reporter.

Studios cannot put up prices because of competition so their ability to make any profit diminishes.

On top of that when a studio is not running at a profit owners often seem bitter and resentful towards paying staff. Inevitably they lose great teachers.

Golden bridge was taken over by Wonderlust which seemed like a great festive communal approach to yoga but with major studios all around them they will inevitably suffer the same fate as Golden Bridge Yoga.

Although Golden Bridge is just an example of a mighty yoga presence falling what is the real cause of yoga studio closures?

1. Most of the studios were hit particularly hard by the way people were purchasing yoga. Specials started to pop up like Groupon in 2011 which started to really devalue the price of a class for studios.

2. Then Class Pass came along and wiped out many of the monthly regulars that were loyally attending these studios.

3. Many people had a dream of opening a yoga studio. With so many teacher being created annually interest and financing for new studios skyrocketed. The more there is the less valuable it becomes.

With yoga classes devalued so much studios started to fall at a devastating rate from about 2012 onward.

Studio owners often sell annual packages even with knowledge of their impending demise which is just wrong.

Many Studio Owners were selling Yearly Passes even though they new they were going to close. Practitioners at Bikram Yoga Thousand Oaks say the studio’s owner Beatrice Samson sold them prepaid workout packages in then  closed the studio in February 2015 without offering any refunds.

Chief investigator of the Los Angeles Department of Consumer Affairs Rigoberto Reyes says there are legitimate reasons for some businesses closing without giving warning or refunds to customers. However, Reyes explained, “it also could be fraud if a business owner had reason to know that they weren’t going to make it and they kept taking money.”

So sadly even many veteran teachers such as myself retired back into meditation and shied away from teaching as new teachers willing to work for free, and students jumping from one studio special to the next, devalued the ability to make a living teaching public classes.