For his 75th Birthday (looking young Ringo) Ringo Starr wanted to deliver a message from Capitol Records.!
Each year Ringo encourages people around the world on his birthday to stop for a moment and say, “peace and love”.
On Tuesday the 7th of July 2015 at Noon outside Capitol Records Ringo made an appearance.
Unfortunately Capitol Records which has been in the music business for over half a century was unable to get the microphone working. 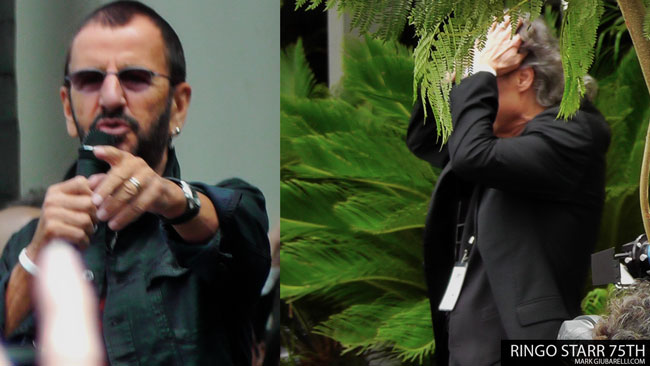 So this is what he said, “peace and love has been my mantra for a long time now. Since the 1960's I have been meditating after being influenced by the famous Guru Maharishi Mahesh who taught me Mantra meditation. Since then I have meditated almost daily using the Mantra meditation and transcendental meditation techniques.
I have been encouraging it in schools to reduce violence and to help the children concentrate better. So far it seems to be working.” As a yoga practitioner myself I think it's wonderful that Ringo Starr came out to mention so many things about real yoga. And who could ask for someone to deliver a better message.
May the Eternal Sun Light always shine in your heart Ringo! 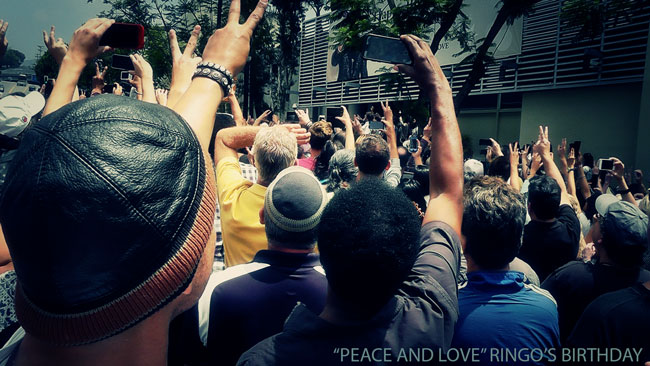 A transcript from the "The Beatles Anthology," about their time with Maharishi.
RINGO: "I was really impressed with the Maharishi, and was impressed because he was laughing all the time. He was just having a ball. You know, it was another point of view. It was the first time we're getting into sort of Eastern philosophies now."
GEORGE: "Rishikesh is an incredible place. It's, like, 99 percent of the population of Rishikesh are all renunciates. And it's right in the foothills of the Himalayas. It's where the Ganges flows out of the Himalayas into the plains of Kurukshetra, it's called, the plains between Delhi and the Himalayas."
RINGO: "I mean, we were really away from everything. It was like a sort of recluse holiday camp, you know, right at the foot of the Himalayas. It was like being up a mountain, even though they call it the foothills, hanging over the Ganges."

"We'd seen Maharishi up north when we were kids. He was on the telly every few years on Granada's People And Places program, the local current affairs show. We'd all say, 'Hey, did you see that crazy guy last night?' So we knew all about him: he was the giggly little guy going round the globe seven times to heal the world."
Paul McCartney 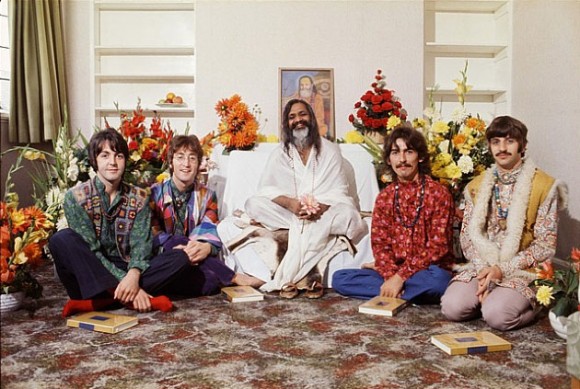